Your Alaskan Captain, Andy Mezirow is a lifetime professional mariner and fisherman.

Captain Andy has spent over 25 years working on and teaching others about the ocean.  He has been licensed as Master of Vessels to 200 Gross Tons, on Any Ocean for more than 20 years.

His career began on the east coast, fishing for swordfish on the Grand Banks and as far south as Venezuela. He began commercial fishing for halibut in Alaskan waters in 1983. For the last twenty years, Captain Andy has been guiding exclusively in the waters around Seward. His guests have set over 30 IGFA light tackle world records, numerous tournament wins and countless fantastic days of fishing and catching!

Captain Andy, has been selected as a brand ambassador and serves on the pro staff for: Penn Fishing tackle company, Berkley, AFTCO, Simrad marine electronics and Yamaha Marine. These partnerships insure that you will be fishing the newest and best fishing tackle and gear available at any price.

In short, you would be hard pressed to find a more experienced and competent fishing guide for your Alaskan fishing trip. 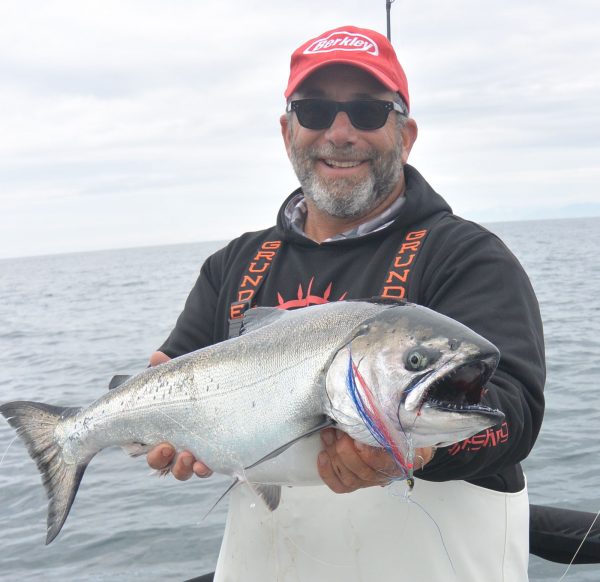